The Economic Effects of Selling Your Home 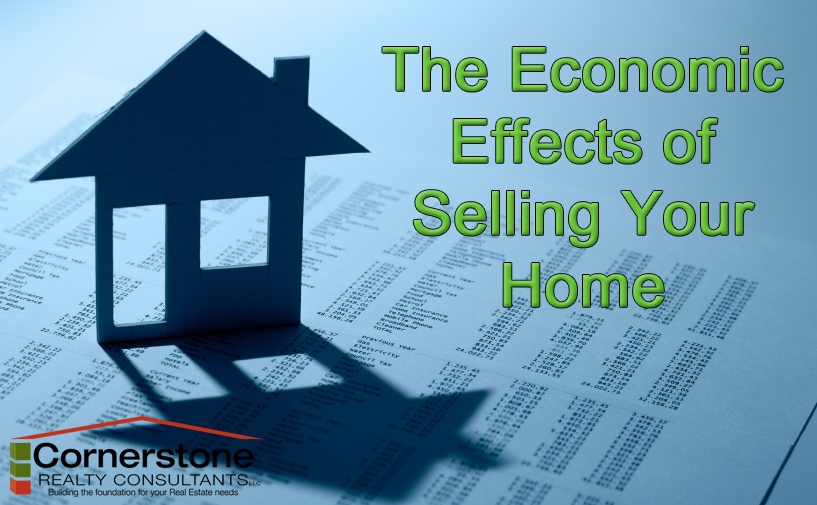 Economic Cost of Selling Your Home

You might find yourself wanting to sell your home but you are slightly hesitant after the bursting of the housing bubble and the economic crisis that occurred in recent years. The good news is that you do not have to fear! We at Cornerstone will take a look at what happened to the housing market during the recession, the state of the market now, and how this affects you and the cost of selling your home.

In a recent research study conducted by Andy Winkler, it was found that the housing market is seeing a gradual recovery. The greatest upturn has been seen in the housing markets that were hit the hardest during the recession, such as in Florida. Winkler also noted in his research that; “prices in Florida increased 152% from 2000 to their peak in 2006 and subsequently fell 52%”. Although this does not sound good, Winkler saw that in the last year Florida’s housing market has started to turn around. With housing prices rising by 24% since hitting rock bottom in 2011, as well as the number of foreclosures decreasing drastically. This rise in housing prices in Florida has taken longer than expected and is largely due to delayed clearance of foreclosures.

The economic crisis saw thousands of people who lost their jobs and were unable to find new ones. This directly affected not only the economy, but the housing markets too, as many people were unable to pay their bonds and had to turn to foreclosure. “Recently Florida has recovered more than 115, 100 of the 720, 900 jobs lost in the recession”, Winkler notes. In addition, the rate of employment has risen with unemployment on the decline. It is important to note that employment rates are directly linked to the housing market. For example, an unemployed man will not be able to easily get a bond or make payments towards that bond if he does not have an income. The slow growth in wages can also affect the housing market, but recent surveys have observed that wages and earnings based on an hourly rate have been on the steady incline, which is good news for the housing market.

If you are concerned about selling or purchasing a new home, here is a good sign to ease your mind: the past year alone has seen the housing market throughout Florida has seen substantial increases in home prices, as well as the ever continued clearing of homes that have been foreclosed. It is important to note that the increase in job growth directly affects prices of homes – as long as the one increases, so will the other. The recovery of the housing market across America will largely depend on the rate jobs and income rates grow around each state. Although the rate each market will improve will vary, it is important to note that on the whole the housing market is recovering at a healthy rate.

Call us today for more information about the cost of selling your home in this developing and growing housing market.

"Mike and I want to thank you for all your hard work and time that you spent with us to find our new...